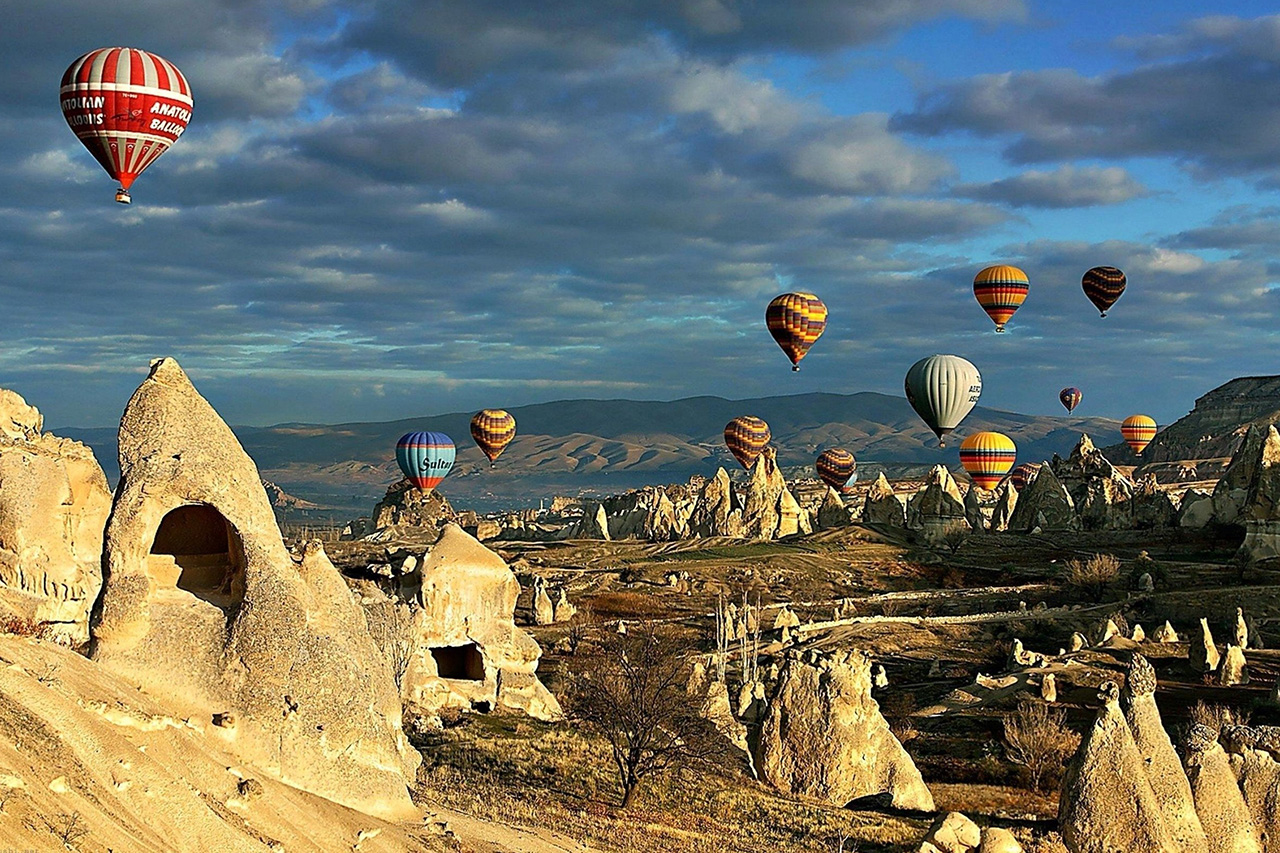 We can find a thousand good reasons to be tempted by a visit to Istanbul, for example its beauty, its immensity, its wealth, its monuments, its activities, its shopping or parks... 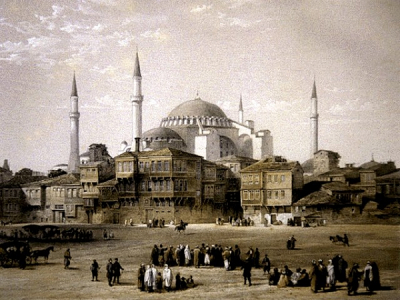 However, Istanbul also radiates by its past!

The city is located at the same distance between Russia, Europe, the Middle East and the Maghreb, which has always made it an important and capital city.

The city of Istanbul, surrounded by the straits of the Bosporus, the Sea of Marmara and the Black Sea, has always been a strategic point for trade and mixing of people.

Istanbul is the only city in the world with one foot in Asia and the other one in Europe, which makes it a city at the crossroads between East and West.

This metropolis of 2700 years old is full of history, anecdotes and monuments to visit. Istanbul has been for a millennium the capital of several great civilizations.

Kindly find below the list of succession of empires that took place in Istanbul:

Istanbul was created in 667 BC. J.C on the peninsula where is currently located the Palace of Topkapi, the Basilica of St. Sophia and the Blue Mosque.

The creation of the city

Byzas, who was the leader of the Megariote settlers, consulted the oracle and received an enigma in response to his question. The oracle warned him that he would create his city in front of the blind.

Thus, Byzas conquered the place where he created the city by the name of Byzantium. Arrived on the top of a virgin hill, overlooking the Bosporus, the Sea of Marmara and the Golden Horn, he saw in front, on the other bank, a town that had been created 17 years earlier by another colony of Megares.

Surprised by the location chosen by these predecessors, given the beauty of the landscape and the environment he could contemplate, he thought these people must have been blind for not having chosen this wonderful location to create their city. Therefore, he decided to found his city in front of them.

As a result, the city came to bear the name of Byzantium for 863 years.

Between 193 and 196 AD, the Roman emperor Septimius Severus, after besieging the city for three years, decided to raze Byzantium and rebuild it with beautiful monuments, such as baths, a racetrack and palaces.

To ensure the security of eventual invasions, he surrounded it with new ramparts, and named it after his son, Augusta Antonina. The city will bear this name for 134 years.

In the year 330, Emperor Constantine, after undertaking a monumental reconstruction project inspired by Rome, decided to give the city a new name, “Constantinople” (the city of Constantine). He proclaimed it second Rome. The city will be called Constantinople for 1600 years.

The names of Istanbul

During the Constantinople capture in 1453 by the Ottomans (after 1599 years of rule), the end of the Roman Empire is announced.

The Ottomans, in their own way, continued to call the city Kostantiniyye.

The modern Turkish name of Istanbul has been attested since the 10th century, first in Armenian then in Arabic and Turkish. The name of the city "Istanbul" derives from the Greek expression "eis tên polin" pronounced "istimbolin" or "stên polê", meaning "in the city" or "to the city".

From the 19th century and during the Ottoman period, the name of Istanbul is officially used. After the creation of the Turkish Republic in 1923, alternatives to Istanbul became obsolete.

After the reorganization of the Turkish postal service in 1930, the authorities asked foreign countries to stop referring to the city with non-Turkish traditional names and to adopt “Istanbul” as their only name. For 85 years, the name of the city is “Istanbul”.

The name of the Byzantine Empire

From 146 BC until 1453, Istanbul was part of what was called the Eastern Roman Empire. It was in the 16th century that the German historian and humanist Hieronymus Wolf first mentioned the Byzantine Empire and the Byzantines. This name remained in the annals until today (while the inhabitants themselves would never have dreamed of being called thus).

Visiting Istanbul for its present

The old city is located on the west bank, which makes it European. Therefore, Istanbul is one of the largest and oldest cities in Europe.

Following many consecutive invasions for centuries (cited above), Istanbul is one of the few cities in the world that created a harmony between Greek, Roman and Ottoman monuments, between Muslim and Christian monuments. It has been able to preserve with marvel the traces of the passage of these different periods which contributed to the beauty of the current city, by the mixture of these buildings, districts and customs.

Istanbul is a city based on 2 continents, Europe and Asia.

Since 1985, Istanbul is a UNESCO World Heritage Site. Istanbul is Turkey`s main financial, commercial and industrial center, but also the country`s cultural and most populated city. It welcomes 11 million tourists a year and it is a very cosmopolitan city.

The climate in Istanbul is temperate, the summer is wet and hot and the winter is cold, rainy and snowy.

The monuments to visit in Istanbul

Many churches (145), mosques (642 Ottoman mosques), synagogues (20) are worth visiting. Also, shopping malls, museums, amusement parks, boat rides, pubs, restaurants, clubs and more are all part of what you can do and visit in Istanbul.

Istanbul is a city in constant motion. Day and night, it never sleeps. The shops remain open until very late (22:00). In Istanbul, many restaurants work 7/7 and 24/24. The parallel night markets are very much alive, everything can be found. In Istanbul, shopping centers are open even on Sundays.

Istanbul is a nice city to live. In this city, boredom is not part of the vocabulary. Nevertheless, it can be tiring with its noisy energy and crowds in some neighborhoods. The inhabitants of Istanbul sleep very little and know how to take advantage of what the city has to offer. The Istanbulites go out during the week and weekends!

Many Europeans come to spend long weekends in Istanbul to party. Istanbul has been a regular topic for the media in recent years, not always with kind words. Istanbul is a city that deserves to be visited and to have a positive worldwide reputation.

The craftsmanship also varies; silk carpets, leather clothes and precious jewels that can be seen in Istanbul such as earthenware, dishes, miniatures, decorative objects... you will surely leave with a souvenir.

A serious study revealed that one year would not be enough to discover all the restaurants that the city of Istanbul offers: from family to gourmet, there is everything for all tastes and all budgets. Every night, 600,000 Istanbulians go out to eat outside.

Many means of locomotion exist to move in Istanbul: bus, minibus, dolmus, metro, tramway, boat, metrobus and Marmaray (an underground subway that passes under the Bosphorus).

Like many big cities, road traffic is a nightmare. Patience and organization are needed. It becomes essential to organize group visits in the same place and on the same day to avoid getting stuck for hours in traffic jams.

To conclude, Istanbul is visited for its perfect marriage between East and West, its modernity and traditions, its fiery youth and its elders, its homeland and its openness to the world. Istanbul is all that at once!

Visiting Istanbul for its future

Be witness of the new monumental constructions, such as the 3rd Istanbul Airport, which will be the largest in the world with a capacity of 150 million passengers a year, that is to say 2 and a half times larger than Charles de Gaulle airport!

The city of Istanbul is getting organized and is growing, with modern buildings and chic housing complexes.

Seduced by a visit to Istanbul? Just contact us!